By: Porl
In: Environment

Greta Thunburg has crossed a line she should have never crossed. The whole climate change narrative is now shot to pieces. Does she actually think Australians are so born dumb we need her to tell us about bushfires? We have been fighting those since the first white settlers arrived. Th Australian Aborigines know all about these fires. Does she have any idea of what a eucalyptus tree is? Bet she doesnt even know they are Koala’s fave food. This Greta bird has totally disgraced herself in Australia and has zero credibility at all. Any wonder Sweden has been over run with Islamic radicals and has the highest rape record in the world? OK she suffers Asperger syndrome, so what? She is born plain bloody stupid – end of

Far-left climate alarmist Greta Thunberg urged political leaders on Sunday to connect the fires that are raging in Australia to “the climate crisis,” while ignoring the fact that the overwhelming majority of Australia’s fires are man-made, many of which are intentional acts of arson.

Thunberg made the remarks in a retweet of a video from a local Australian news outlet, writing: “Not even catastrophes like these seem to bring any political action. How is this possible? Because we still fail to make the connection between the climate crisis and increased extreme weather events and nature disasters like the #AustraliaFires That’s what has to change. Now.”

Not even catastrophes like these seem to bring any political action. How is this possible?
Because we still fail to make the connection between the climate crisis and increased extreme weather events and nature disasters like the #AustraliaFires
That’s what has to change.

The ring of fire around Sydney is as angry and as frightening as we’ve seen. 20,000 people are tonight in the path of the mega fire rolling down the Blue Mountains into the town of Lithgow. 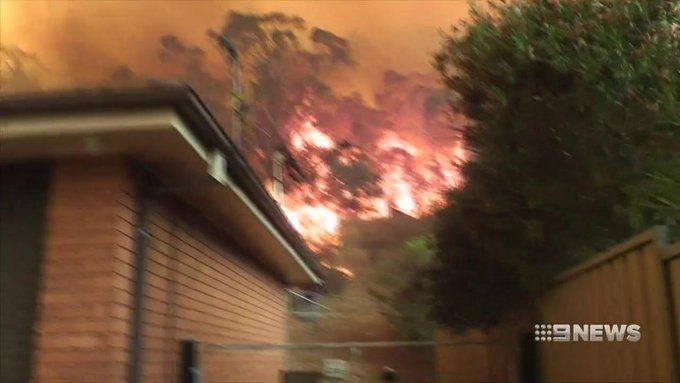 Thunberg’s tweet takes aim at the wild fires that have raged across the continent over the past few months, many of which investigators allege have been started by people, both intentionally and on accident.

In Australia, those responsible for starting fires, especially if done so in a deliberate act, are often referred to as “firebugs.”

“As firefighters remained on high alert, police revealed 103 of the destructive fires that had lashed Queensland since September were deliberately lit,” The Brisbane Times reported. “Figures obtained by AAP revealed police had dealt with 98 people – 31 adults and 67 juveniles – for deliberately setting fires.”

“More than 120 fires are still being investigated and more people could be charged,” The Brisbane Times added. “The firebug revelations come as fire crews continue to face challenging conditions as a strong upper ridge sweeping across the south-east combines with fresh east northeasterly winds on Friday.”

Several years ago, the BBC noted that “firebugs” are “arsonists who set alight bushfires, and who often strike on days when soaring temperatures and high winds combine to create the most hazardous conditions.”

On Twitter, some pushed back on Thunberg’s assertion that “the climate crisis” was to blame for the wild fires in Australia.

Sorry, Greta, but fires are *not* evidence that trace CO2 causes fires.

“Arson, mischief and recklessness: 87 per cent of fires are man-made”; fire has been in a long-term *decline* globally. https://www.smh.com.au/national/arson-mischief-and-recklessness-87-per-cent-of-fires-are-man-made-20191117-p53bcl.html … 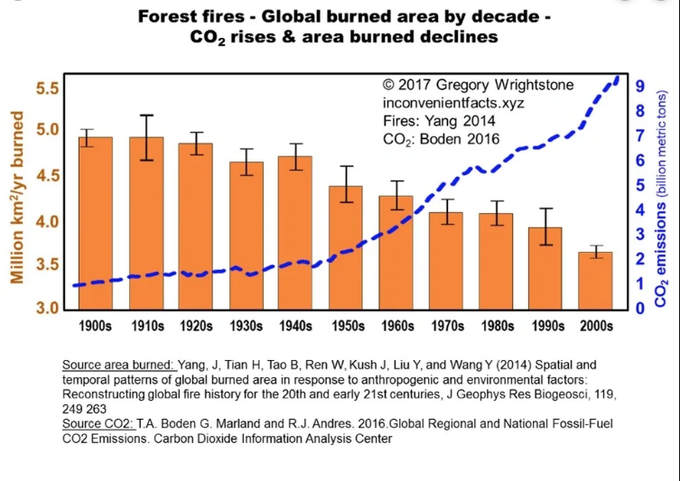