By: Porl
In: Humanity

Latest Posts
lets Talk About All This Wasted WaterANTIFA – Exactly What Is ItPot Calling The kettle BlackAs Illegal As It Can Ever GetThis Really Hurts UsChina – Worlds Worst PolluterScott Morrison Has To GoOh Victoria What Are You Doing?Border Wars – What NextAnother One From QueenslandQueensland – Who In Hell Wants To Live There Now?There Is Always Good NewsIndeed It Is All Going To CollapseAnti Vaxxers Are WinningWonderful Business Opportunity

These lot come into our country and all the do gooders proudly proclaim they are Australian. Lets get one thing very clear, they do not have any idea of western values whatsoever and never will. What does Scott Morrison do? Sends a plane over to pick them up. This is abhorrent in the extreme to the Australian psyche – our animals are part of the family. Read this – its sickening. And yes this happens in Australia its right here https://peterlrogers.com/the-lowest-act-of-all/. Yes there are images of this on the web but we find it too distressing. This is a link if you want to see it https://www.thesun.co.uk/news/10863349/coronavirus-cats-and-dogs-thrown-to-death/

Coronavirus: Cats and dogs being thrown from buildings following rumors that animals are spreading disease 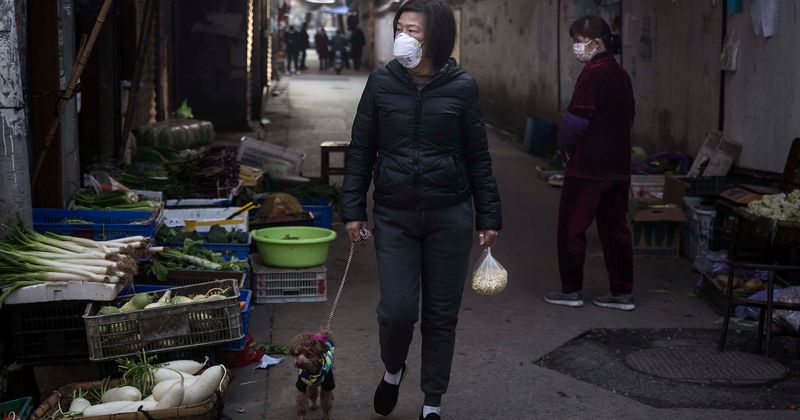 Fake news about coronavirus spreading to animals — cats and dogs — in China has resulted in panicked pet owners throwing their cats and dogs out of tower blocks. The home to the outbreak, Wuhan, saw one dog being thrown from a block of flats in Tianjin City in Hebei Province. Local media reports state that the dog was thrown from the upper floors at 4 am, after which the pooch smashed into the sunroof of a car before ending up on the ground.

It was the noise that reportedly woke up the neighborhood and which was as loud as a tire explosion. The families that hurried out found to their horror a dog on the ground with blood staining around the dog.

Shanghai also saw five cats being thrown to death, and according to a report in The Sun, the cats were pets as their fur was clean and smooth.

These incidents happened as a result of Dr Li Lanjuan saying on Chinese state TV that “if pets come into contact with suspected patients, they should be quarantined.” Following this, a local TV outlet tweaked the doctor’s words and said, “Cats and dogs can spread the coronavirus.”

The news once posted on social media platform Weibo went viral and the false rumor spread pretty quickly thereon. China Global Television Network posted a quote from the World Health Organization in an attempt to put an end to the fake news. The announcement read, “There is no evidence showing that pets such as cats and dogs can contract the novel coronavirus, the World Health Organisation said on Wednesday.”

Keith Guo, the PETA Asia press officer for China, said, “We hope the police can find the cold-blooded guardians of those poor animals as soon as possible,” and added, “In fact, it’s the filthy factory farms, slaughterhouses, and meat markets that threaten the health of every human being on the planet by providing a breeding ground for deadly diseases like coronavirus, SARS, bird flu, and more.”

The coronavirus has now spread to every region of China and 22 other countries with the death toll standing at 304 at the time of writing. Almost 15,000 people have been infected by the virus and WHO has called this a global health emergency.